Pictured in this post’s featured image were my main companions this week ^.^ (some were more helpful than others)~

So, this week was another productive week. In my last post, I mentioned having a schedule where I work on one of the remaining five sections of my thesis a week until I hit spring break. I’m glad to say I stuck to that schedule this week and was able to basically finish my section on Dadaism.

Now, I say “basically” because I know it’s one of those sections that’s definitely going to be focus in the proofreading/revising stage. There are some more details I want to add (but that require more reading than I was able to manage in between class and work–I picked up more hours ’cause bills–this week), some concepts that need polishing, and some transitions in need of smoothing. But, the overall ideas are there.

The further I get along in my thesis, the more I’ve noticed a struggle between the writer in me–who wants to create and generate–and the perfectionist in me–who wants to pause and refine. It’s a little challenging for me to just put the ideas down on the paper and not focus so much on polishing those ideas. I don’t like to leave my work rough. But, this is the time for it. I’m in the drafting stage–in a lot of different areas of my life. Making things sound intelligent and aesthetically pleasing is not a small task but, right now, it shouldn’t be my focus. It’s been hard to let some of my rough and fraying edges show but it may be the only way to move forward.

Some of the sources I’m drawing from for the Dada section of my paper, also, are inspiring me and triggering new lines of thought. For example, in one of my sources, Destruction Was My Beatrice by Jed Rasula, there is this picture:

I hadn’t seen this picture before but it of the Degenerate Art exhibit. This exhibit was organized by the Nazi party and was used as a way to vilify and ridicule art that they believed was “an insult” and “un-German”. 650 pieces of confiscated Dada art were a part of this exhibit, many considered masterpieces. When the Nazi party began to succumb to the Ally forces, much of the art in this exhibit was either burned, buried in underground vaults still being discovered, or otherwise destroyed. The fate of too much of the work remains unknown.

In this specific photograph, you can see that the Nazis scrawled the words “Take Dada seriously” across the walls of this exhibit. This was an original Dada slogan that the Nazis, like so many other things, twisted. When I read this, I felt this sudden pang. Not that the rest of the exhibit and its existence at all doesn’t upset but it hurt me on a different level(?) to be able to see just how much derisiveness–no, hatred–there was towards this movement and towards artists who dared to challenge the leading authorities and their world view. There’s something so malicious and downright hateful about throwing these artists words back in their faces like this–literally. Apparently, some of the artist who did not flee Europe and were able to hide actually went to this exhibit and saw their work. Hannah Hoch went more than once. I can’t even begin to imagine what she or any of the artists must’ve felt walking through that exhibit.

Dada was a way to reclaim a world gone mad but what do you do when that very same world reclaims you and calls you the mad one? The degenerate one?

The “writing on the wall” here makes me think of what’s currently happening in a lot of ways. As far as my thesis is concerned, I think there’s a similar kind of vilification of memes and of Millennial culture as a whole. Memes aren’t being rounded up to display in some “Degenerate Art 2.0” gallery  but they are certainly being slandered across every so-called “authority”‘s platform. They’re being used as examples of the degradation of society. Many emergent forms of digital content creation are being used like this. And, Millennials can’t do a damn thing without a “Millenials are ruining [insert literally any noun, verb, or phrase]” article being posted–ironically–online.

Knowing how the Nazis used strategies like this to retain power make me, too, wonder who is benefiting from the vilification of my generation?

All this is to say that I got a lot out of the work I did this week. I got more content down for my thesis but I also got to further explore some of the ideas that have been percolating. Combing through the history of Dada is fascinating and also so illuminating. I imagine, as I continue working through my sources, that more ideas will be generated and will be able to really help me connect all of these points I’m trying to make in my thesis.

Overall, this has been a thoughtful week for me. I’m learning not to worry so much about my rough edges and, also, to really pay attention to the writing on the wall. It might spark insight. 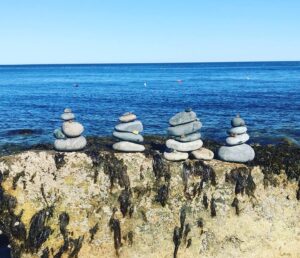